The evening of April 22, 2019, a dear friend and coworker was suddenly called home.  Pak Hammi Djaga, our Merauke Office Manager, collapsed while cutting his grass at home Easter Sunday.  His neighbor saw him and rushed him to the hospital and about 30hrs later he breathed his last and entered into the presences of our Heavenly Father.  He left behind his wife and 2 grown children.

He begin with MAF in 1994 serving in the operations department in Sentani.  2001 he moved to Merauke to help open this base as the Office Manager.  He faithfully served in this role up until his calling home.  He had an incredible servant’s heart.  Often I would find him cutting the grass, cleaning the cars and other such things.  He wasn’t afraid to get his hands dirty while carrying the title and role of the office manager.  He was seldom found without a smile on his face as well, his positive and happy countenance made it a joy to be around him. We will miss him very much, we however enjoy the peace and hope that someday we will meet again at the foot of our Heavenly Father’s Throne. 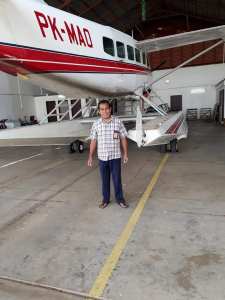 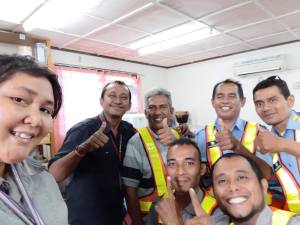